What is HDI technology.

- July 09, 2020
The world of PCBs or printed circuit boards has seen a great deal of developments in recent times. 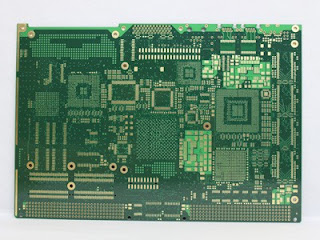 - September 26, 2020
IT-88GMW-3.0 IT-88GMW-3.0 is an advanced ultra-low loss & high Tg (185° C by TMA) material for demanding Radio frequency applications. The material is designed for long range, short range and medium range Radars used for Autonomous driving or Advanced driver assist systems operating in the 76-81 GHz. frequency range. The product offers better dissipation factor and insertion loss than fiber reinforced PTFE products. Its higher elastic modulus helps reduce mismatch in hybrid applications. The thermal conductivity is higher than PTFE based systems and therefore the product is also suitable for demanding 5G Base stations, power amplifiers and antenna applications which are expected to operate in the mm wave range of frequencies and also require high power handling capability. The product can be paired with a full prepreg offering to build high reliability multilayer boards. The dielectric properties are very stable with temperature and therefore very suitable for thermal cycling requi
Read more

- July 07, 2021
In this article, you'll get to know the fundamentals of PCB manufacturers and how our company "PCBSKY" is unique from other manufacturers in China. What are the three main aspects of the PCB industry?   According to our experience of more than 10 years as the leading PCB Company in the industry, we can easily write that three main aspects in the PCB industry for which most clients look for are: PCB Design PCB Manufacturing  PCB Assembly Design, Manufacturing, and assembling of PCB is a systematic method for examining the parts and components which is needed to execute. It included obtaining costs of a commodity and seeks to cut costs before actual development begins. There are specific manufacturing, design, and assembling principles required to be following during the PCB process execution of any electrical or electronics part. Eventually, a final design concludes the series with a review among the most common issues related to the PC Board or Printed Circuit Board.
Read more