Showing posts from November, 2019
Show all

- November 04, 2019
As led pcb supplier , we offer all kinds of LED PCB Product. For High-Power LED of the Aluminum Base PCB, copper base PCB, ceramic base PCB, for low-power LED of the FR4 PCB, High-Temperature PCB. As the Aluminum Base PCB of good thermal performance, High-Power LED products most commonly used Aluminum Base PCB. As one of the most professional led pcb board suppliers  in China, We can give different Solder mask options for your Led PCB ,We do lots of R&D on Led PCB solder mask  Lumens to give your Led lights better brightness . The Applications of LED Printed Circuit Board The Led benefits  make LED printed circuit boards very desirable for a number of applications and industries. Some of the more prominent applications of Aluminum LED Printed Circuit Board include:Telecom LED PCB,Automotive LED PCB,Computer Led PCB,Medical LED PCB,Led PCB Products: Led Tube , Outdoor LED advertising screen, LED Lamp, Waterproof Led , 1.5m Led and so on. Led PCB Materials We support:
Read more 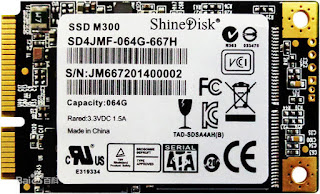 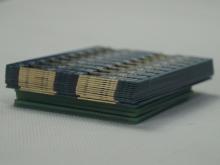 The aerospace industry requires printed circuits with high reliability in extreme conditions. Any electronic product used for flight or combat must be robust, reliable and compact. Aerospace-related electronic equipment typically requires a 50-year lifespan and needs to be able to operate well for decades. Some of the beneficial properties of ceramic materials for aerospace pcb  electronics include: Thermal expansion coefficient - very close to silicon, much lower than most common metals. Excellent electrical isolation - long life even at long temperatures. Good thermal conductivity as an insulator - good for heat diffusion. Stable dielectric properties and low loss at high frequencies. High chemical stability relative to many chemicals, moisture, solvents and consumables. The aging of the material is very slow due to the consistency. Compatibility with precious metal paste sintering technology - resulting in highly reliable conductors. High processing temperature
Read more

- November 01, 2019
Electroplating can be divided into hard gold and soft gold. Hard gold electroplating is an alloy, so its hardness is relatively hard. It is suitable for use in places requiring force and friction. It is generally used as the edge contact point of PCB (commonly known as golden finger). Soft gold, On the other hand, is commonly used to connect aluminum wires On the COB (Chip On Board) or On the touch surface of mobile phone keys, and more recently, it is widely used On both sides of BGA boards. The distinction of hard gold and soft gold, it is the component of this layer of gold that goes up finally plating, when gold-plating can choose electroplate pure gold or alloy, because the hardness of pure gold is softer, so also call "soft gold". Function of auxiliary components in hard gold plating solution    : Boric acid ACTS: as a buffer, which can maintain a relatively balanced PH value of hard gold-plated PCB plating solution with a concentration of 35~55g/l; Nickel ch
Read more
More posts