What is the cost of PCB?

- May 25, 2022
Printed circuit boards are necessities in electronics of all types. They’ve been used for several decades, and engineers continue to make them smaller and more powerful. Because of the complexity of PCBs and the factors that go into producing them, they are available in a variety of price points.  What Are The Factors That Affect The Cost Of PCB? PCBs might be small, but they are mighty. To do their jobs efficiently and effectively, they have several factors that affect their costs.  Type of PCB Material PCBs are made out of different materials like fiberglass, polymer inks, and solder. The conductive layers are usually made of copper, gold, or silver. These materials can affect the way the board reacts to heat. PCBs need to have thermal reliability and temperature reliability. They also need to have other mechanical properties that affect the performance of the board and the device it powers. When PCBs need to have higher frequencies, the boards need to be made of higher-grade materi
Read more

What is PCB company?

- May 25, 2022
As an electronics manufacturer, you have a wide range of choices to make as far as the manufacturing of electronic devices is concerned.  Printed Circuit Boards  ( PCB s) are one of the major considerations you have to make for the excellent design of your electronic products.
Read more

What is a 4-Layer PCB Stackup? 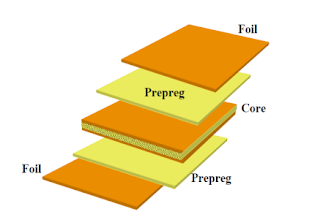 A 4-layer PCB Stackup is a multilayer PCB that consists of multiple layers of copper and insulating materials stacked one above the other. For maximum efficiency and minimum losses and EMI, it is important to plan the right stack up of layers before starting the fabrication process. 4-layer PCB is the most common stack-up arrangement used in modern electronics.  A 4-layer PCB stack up consists of top and bottom layers, a core (copper-clad layer), and an insulating layer also called prepreg made of a dielectric material like glass fiber/weave cloth. The top and bottom layers are made of copper foils, which are then laminated and etched to create slots for mounting the components. The core layer is made up of prepreg sandwiched between two copper foils. These top and bottom layers, core layer, and prepreg are bound together in such a way that no air is trapped between them.  As mentioned in the previous paragraph, the 4-layer PCB comprises the top and bottom layers, prepreg and a core
Read more 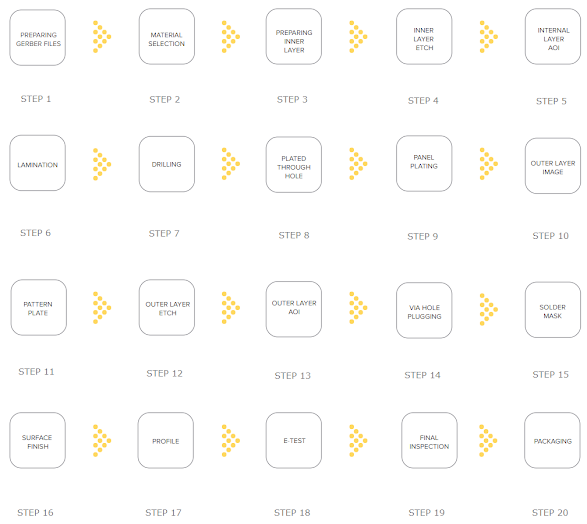 Printed Circuit Boards (PCBs) form the backbone of all major electronics. These miraculous inventions pop up in nearly all computational electronics, including simpler devices like digital clocks, calculators etc. For the uninitiated, a PCB routes electrical signals through electronics, which s atisfies the device's electrical and mechanical circuit requirements. In short, PCBs tell the electricity where to go, bringing your electronics to life. PCBs direct current around their surface through a network of copper pathways. The complex system of copper routes determines the unique role of each piece of PCB circuit board. Before PCB design, circuit designers are recommended to get a tour of a PC board shop and communicate with fabricators face to face over their PCB manufacturing demands. It helps prevent designers making any unnecessary errors from getting transmitted during the design stage. However, as more companies outsource their PCB manufacturing inquiries to overseas suppl
Read more

What are PCB materials?

- May 20, 2022
Printed circuit boards (PCBs) are usually a flat laminated composite made from non-conductive substrate materials with layers of copper circuitry buried internally or on the external surfaces. They can be as simple as one or two layers of copper, or in high density applications they can have fifty layers or more. The flat composite surface is ideal for supporting the components that are soldered and attached to the PCB, while the copper conductors connect the components to one another electronically. The six basic components of a standard printed circuit board are: Prepreg Laminate Copper foil Soldermask Nomenclature Final finish Prepreg is a thin glass fabric that is coated with resin and dried, in special machines called prepreg treaters. The glass is the mechanical substrate that holds the resin in place. The resin – usually FR4 epoxy, polyimide, Teflon, and others – starts as a liquid that is coated onto the fabric. As the prepreg moves through the treater, it enters an oven sect
Read more

What are PCBs and why are they toxic?

- May 20, 2022
What Are PCBs? PCBs are a group of man-made organic chemicals consisting of carbon, hydrogen and chlorine atoms. The number of chlorine atoms and their location in a PCB molecule determine many of its physical and chemical properties. PCBs have no known taste or smell, and range in consistency from an oil to a waxy solid. PCBs belong to a broad family of man-made organic chemicals known as chlorinated hydrocarbons. PCBs were domestically manufactured from 1929 until manufacturing was banned in 1979. They have a range of toxicity and vary in consistency from thin, light-colored liquids to yellow or black waxy solids. Due to their non-flammability, chemical stability, high boiling point and electrical insulating properties, PCBs were used in hundreds of industrial and commercial applications including: Electrical, heat transfer and hydraulic equipment Plasticizers in paints, plastics and rubber products Pigments, dyes and carbonless copy paper Other industrial applications Inadvertent P
Read more
More posts