Custom blind and buried vias fabrication from professional and experienced PCB board supplier at low cost.

First, we start with traditional multi-layer boards. The structure of a standard multi-layer circuit board is a process including an inner layer line and an outer layer line, followed by drilling, and metallization in the hole to achieve the internal connection function of each layer line. However, due to the increase in line density, the way parts are packaged is constantly updated. In order to allow for a wider board area, more high-performance parts can be placed. In addition to the thinner line width, the aperture is also reduced from 1 mm in the DIP jack to 0.6 mm in SMD, and further reduced to 0.4 mm or less. However, the surface area is still occupied, so that there are buried holes and blind holes.

HDI boards, one of the fastest growing technologies in PCBs, are now available at PCBSky. HDI Boards contain blind and/or buried vias and often contain microvias of .006 or less in diameter. They have...

The Buried Holes and Blind Holes are Defined as Follows

Buried Vias: Buried vias are only connected to the type of vias between the inner layers, so they are not visible from the surface of the PCB.

Diversify and complicate the design of the interconnect structure of the multi-layer board;

Significantly improved the reliability of multi-layer boards and the electrical performance of electronic products. 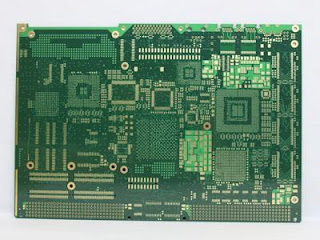