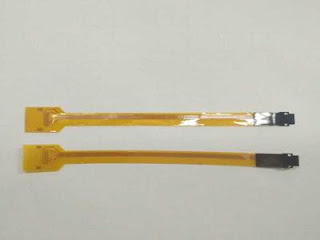 multi layer flexible pcb uses single-sided FCCL and adhesive as the base materials, the similar technology of Double-sided FPC with the method of single side, double access; through several times of lamination. It can be designed to the structure of partly delaminated in order to enhance the flexibility.

The most typical difference between a multi-layer FPC and a single-layer FPC is the addition of a via structure to join the layers of copper foil.

Flexible printed circuit boards are an important class of PCBs. Its characteristics are specifically:
(1) FPC is small in size and light in weight.
(2) FPC can be moved, bent, and twisted.
(3) FPC has excellent electrical properties, dielectric properties and heat resistance.
(4) FPC has higher assembly reliability and assembly operability.
(5) FPC can be installed in three connections.
(6) FPC is good for heat diffusion.
(7) Low cost.
(8) Continuity of processing.

FPC will continue to innovate in four aspects in the future, mainly in:
1, thickness. The thickness of the FPC must be more flexible and must be thinner;
2, folding resistance. Bending can be an inherent feature of FPC. The future FPC must have a stronger folding resistance, which must exceed 10,000 times. Of course, this requires a better substrate.
3. Price. At this stage, the price of FPC is much higher than that of PCB. If the price of FPC comes down, the market will certainly be much broader.
4. Process level. In order to meet various requirements, the FPC process must be upgraded, and the minimum aperture, minimum line width/line spacing must meet higher requirements.

PCBSky is a professional PCB/FPC/SMT Manufacturer in China, specializing in Quick Turn PCB & Prototypes. If you are looking for custom pcb china, just contact us!

Early in the rigid flex PCB design process, it’s essential to give ample consideration to how choices made in the board design will result in reduced costs while maintaining reliability. Here we’ll lay out the general design principles that should guide a designer of rigid flex PCB’s. What is a Rigid Flex Board? A rigid flex board is a hybrid of hardboard and flexible circuits. The manufacturing process resembles that of a traditional hardboard circuit, but some of the layers are flexible circuitry that run all the way through the hardboards. The board fabricator will then add plated through holes to connect layers of rigid circuit to regions of flexible circuit. These configurations create a rigid flex PCB that can be assembled similarly to hardboards, but also fold to fit into a product with space constraints. They are also suitable for continuously flexing applications – also known as dynamic flex. Well designed, a rigid flex board can withstand hundreds of thousands of flex cycle
Read more